People may not be familiar with the name Teejay Marquez as they are to Alden Richards, James Reid or Daniel Padilla, but in Indonesia, where he’s considered a social media superstar, the young actor is making a name for himself both in the small and the big screens.

In August, a popular magazine in Indonesia officially christened Teejay as the King of Dubsmash. And in the cover article featuring the Filipino talent, he confirmed that after filming the movie, his next project would be a television series.

“I came here because people like me, because of my dubsmash [videos], and I feel blessed because they gave me a chance to star in a movie about dubsmash,” Teejay told his fans in one of the promo tours of the movie in Jakarta.

Teejay had to speak the Indonesian language and acted opposite other Indonesian co-stars. And he didn’t find it hard to learn the language because he’s been practicing to speak in Bahasa even before he decided to try his luck in the neighboring country.

“I’ve noticed on Instagram that most of my followers are Indonesians. Though I don’t understand what they say, the emojis they use simply indicate that they enjoy what I post on social media. So, I post short messages for them in Bahasa,” Teejay said in previous interviews.

Before he landed a lead role in the Indonesian teen flick, the young actor was reluctant to visit the country to meet his fans. For several months, a producer from Indonesia was trying to get in touch with him giving him an offer to do a television commercial. He was hesitant because he wasn’t sure if the person who was contacting was from a legitimate agency. 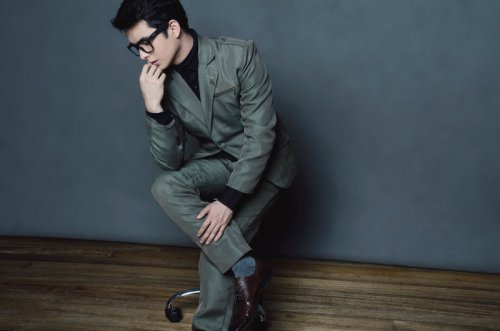 In the Philippines, Teejay started in showbiz in 2011 as one of the cast members of GMA-7’s Tween Hearts. He even won the Best Male New TV Personality trophy (tied with his co-star Derrick Monasterio) at PMPC Star Awards on the same year. Four years later, he transferred to ABS-CBN where he landed a role in the hit primetime series Dream Dad topbilled by Zanjoe Marudo and Jana Agoncillo. Most recently, he had a very short stint in the family drama The Greatest Love.