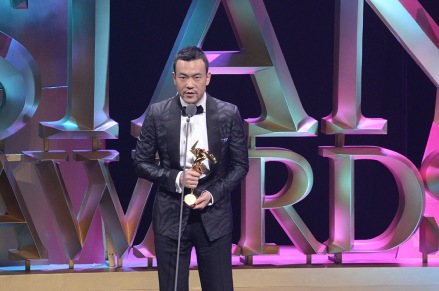 Overall, Mainland China’s films stole the show, winning awards in 10 categories, including 3 out of the 4 major accolades. 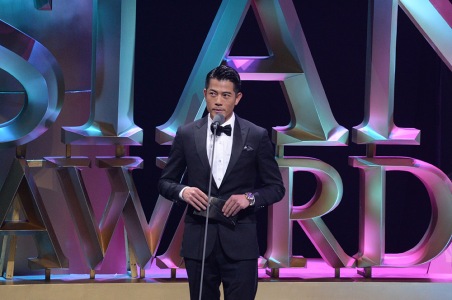 This year’s coveted Best Film Award went to Blind Massage. Other major winners this year include Ann Hui who took home the Best Director award for The Golden Era. Liao Fan beat out other nominees for the Best Actor Award for his role in Black Coal, Thin Ice. However, it was South Korean Bae Doo-na who was awarded Best Actress for her stunning performance in A Girl At My Door.

Upon receiving the Best Actor Award, Liao Fan delivered a short but meaningful speech, thanking his fellow cast members and crew, stating, “I am only receiving this award thanks to all of their support.”

The “Godfather of Korean Cinema,” revered Director Im Kwon-taek, received top honors, earning the Lifetime Achievement Award for his outstanding contribution to Korean Cinema throughout his over 50 year career. 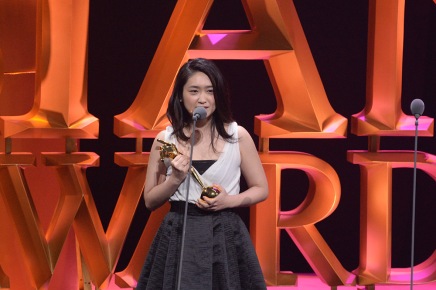 Japanese Actress Nakatani Miki was also recognized this year, securing the Excellence in Asian Cinema Award in honor of her diverse, multi-award winning career. Upon accepting her award, she vouched for unity between mankind, sharing the profound thought, “I believe that there are still many messages that we are able to convey through movies. I would like to take this opportunity to express my hope that even between nations with political differences we can gain a better understanding of each other through the shared language of film.”

Bae Doo-na, A Girl At My Door

Ikewaki Chizuru, The Light Shines Only There

Liu Qing, Gone with the Bullets

Mikey McCleary, Margarita, with a Straw

Rick Sander and Christoph Zollinger, Gone with the Bullets

Inaugurated in 2007, the Asian Film Awards celebrates excellence in Asian cinema through the annual presentation of awards to the many diverse talents and films that make up the dynamic film industries of the region. Awards night is a spectacular gathering of celebrities, industry professionals and the media that highlights and publicizes the year’s achievements in Asian movies.

Presented in Hong Kong in its first seven years, the Awards were held last year in one of Asia’s fastest growing entertainment hubs, Macau. With this historic move, the Awards take one step closer to its long-term plan of being held in different Asian cities to reflect its broad reach across the entire region. Following last year’s success, the Asian Film Awards will be held again in Macau for its ninth edition.