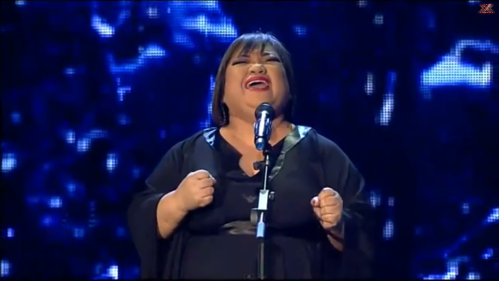 What do Vilma Santos, Marian Rivera and caregiver Rose Fostanes have in common? They all gave honor to the country for emerging winners on the global stage.

Vilma Santos in one of the scenes in Eksta

Directed by Jeffrey Jeturian, the indie movie tells the story of a struggling bit player in television soap operas. The film was released in mainstream theaters in August and had its international premiere at the 2013 Toronto International Film Festival in September.

Meanwhile, following the massive successes of Marimar, Dyesebel and Temptation of Wife in Vietnam, Kapuso network’s primetime queen was recently named Most Favorite Foreign Artist in a poll conducted by Vietnam’s Today TV, a free-to-air television station that is considered as one of the country’s largest media conglomerates. 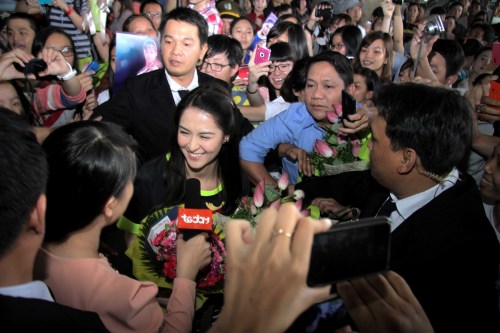 GMA Network’s Marian Rivera is flocked by her Vietnamese fans

This year, Marian will still be visible in the Vietnamese television with the airing of Ang Babaeng Hinugot Sa Akin Tadyang, which also stars Dingdong Dantes.

On the music scene, 47-year old Rose Fostanes proved that Filipino talents know no age and boundary. The Pinay caregiver who works in Tel Aviv was hailed the first winner of X-Factor Israel. She walked home with a cash prize and a recording contract.

Although X-Factor Israel is not as prominent compared to the other reality singing competitions, Filipinos around the globe followed Rose’s journey in the talent search mainly because of her moving story. She initially felt an outcast in the competition but gained prominence after viewers and other contestants recognized her for her talent.

In one of the episodes of the show, Rose said: “I feel that everybody is looking at me like I was an alien—a Filipina working here, cleaning houses.”

One response to “Proud for Filipino talents”