After what the seven-member committee of the Film Academy of the Philippines (FAP) described as a very careful deliberation, they decided to send Hannah Espia’s Transit to the Academy of Motion Picture Arts and Sciences in Hollywood, CA as the country’s entry to the annual Academy Awards in the Foreign Language Film category that will be held in 2014 and will be called the 86th Academy Awards. 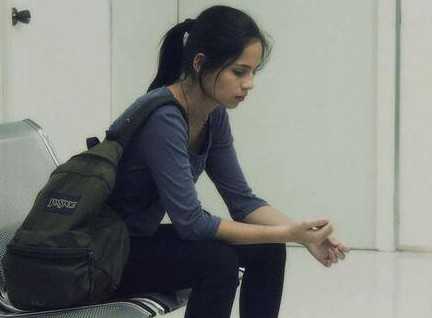 The FAP, in selecting the 2013 Cinemalaya’s Best Picture for the annual Oscar awards, said that they considered two other titles. One was Brillante Mendoza’s Thy Womb and the other was Erik Matti’s On the Job.According to the members of the committee, Transit stood out for two reasons: one, its technical mastery and two, because it tells the story of “who we are as a nation” considering that there are more than 10 million Filipinos working overseas.

Espia’s first directorial job is competing against 62 other films, if it would pass through the first phase of the Oscar selection. In that case, it would be short-listed for the annual foreign Oscar race next year.

Shot mostly in Tel Aviv in Israel, the drama follows the story of single father who is forced to hide his children from immigration police in Israel. It’s inspired by a true event when the Israeli government decided to deport children of immigrant workers in 2009.

If Transit won the coveted Oscars plum, it would be a historic first for Philippine cinema because the award is considered a recognition of the cinema of the  country that submitted it. Also, as a whole, it would open a big market for the entire local industry. But what is Transit’s chance in making it to the shortlist?

In the last five years, five independent films (Ploning, Ded na si Lolo, Noy, Ang Babae sa Septic Tank and Bwakaw) rallied for the elusive Oscar trophy and of course none of them succeeded. Hence, Transit is on a great mission that entails massive work in marketing and lobbying.

Last year, Jun Lana’s Bwakaw made headlines after the FAP announced that the film about an elderly gay man was the country’s entry to the Best Foreign Language Film category of the 2013 Academy Awards. It was singled out by Time Magazine as one of the key must-sees at the 2012 New York Film Festival. It was also named by a well-established film site, which predicts the winners in the Oscars, as one of the early favorites to win the race in the foreign language film section.  Furthermore, various international news outfits including the Wall Street Journal (WSJ), Washington Post, CBS News and Singapore’s Straits Times had taken notice of Bwakaw and its unconventional appeal to audience of world cinema.

But none of these rave reviews mattered in the actual selection process of the top five films.

Transit also has outstanding credentials. At Cinemalaya, it was cited for “its highly competent use of the language of cinema to paint the challenging world of the Filipino OFW in the Middle East.”

It won 10 awards including Best Film, Best Director (for Espia), and Best Actress (for Irma Adlawan). More awards might come in since the indie is also set to compete in the 18th Busan International Film Festival under the New Currents section next month.

The journey of foreign language films in the prestigious Oscar awards has been the most difficult and the most unpredictable one, especially in the last few years. Many critics believe that the selection process is not always based on the artistic merits of the film, but is rather open to influence by political considerations.

Though keeping a pessimistic approach will definitely not help Transit’s bid to be an official nominee, some obvious facts cannot be discounted. It’s been a joke that a foreign language film winner at the Oscars can only be either a French or an Italian film. If the film does not fall in this category, it has to have a title like Crouching Tiger, Hidden Dragon, which is known as the most successful foreign language film to date not to mention being popular in both the art house and commercial cinema.

Now going back to our question, will Transit finally change the course of the winds this time? If it would, that’d be great news. If it wouldn’t, then the FAP should start looking at films more seriously and not be easily influenced by the emotions a film affect their senses.

Like Loading...
This entry was posted in Entertainment and tagged 2014 Oscars, 2014 Oscars Foreign Language Films, Best Entertainment Blog in the Philippines, Philippine Cinema, Without Wang2 by Nickie Wang, WITHOUT WANG². Bookmark the permalink.