A not so colorful India

When we talk about Indian films, the first things that pop into mind are bright colors, fascinating people, interesting architecture and historical sites, and of course “danceable” music. With these in mind, watching Midnight’s Children will give you a different perspective on Indian films, or of any movies that talk about the country, its people and culture. 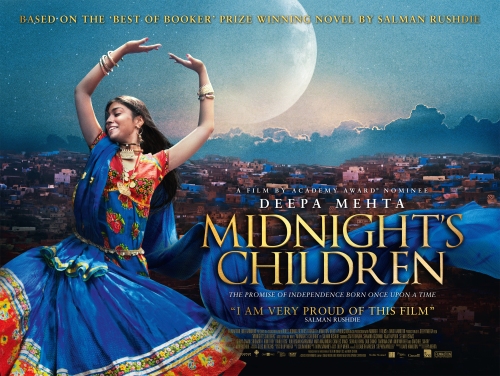 Midnight’s Children is an epic film of Oscar-nominated director Deepa Mehta, based on the Booker Prize winning novel by Salman Rushdie. At the stroke of midnight on August 15, 1947, as India proclaims independence from Great Britain, two new born babies are switched by a nurse in a Bombay hospital. Saleem Sinai, the illegitimate son of a poor woman, and Shiva, the offspring of a wealthy couple, are fated to live the destiny meant for each other. Their lives become mysteriously intertwined and are inextricably linked to India’s whirlwind journey of triumphs and disasters. From the unlikely romance of Saleem’s grandparents to the birth of his own son, Midnight’s Children is a film that conjures images and character as rich and unforgettable as India herself.

The film amid its rich plot is rather dreary. It’s a slow burn. There are a few moments that you would feel like crying as the actors effectively communicate the emotions required for a specific scene but the film as a whole is an over tell. It’s too long for a film and too short for a series.