The New-York based television bigwig is a visionary who pioneered top-rating shows like How The States Got Their Shapes, Life After People and Top Shot. But like any other successful television moguls, 37-year-old Cabana started from a humble beginning and work his way up to the executive ladder.

In 2004, the Harvard University-educated Cabana began working as a production assistant, writer, and researcher before he became development and field producer in 2008 and ultimately a network executive in 2009.

His years of experience in the field have sharpened his eye in terms of scoping out big ideas that would sell in the market—genuine concepts that he excitedly brings to the table. One of his most ambitious projects to date is a television movie entitled Secret Access: The Vatican, which apart from able to incorporate science and history in one program, for the first time, an American television show was able to uncover the surprising connections between the United States and the powerful independent state in Rome. 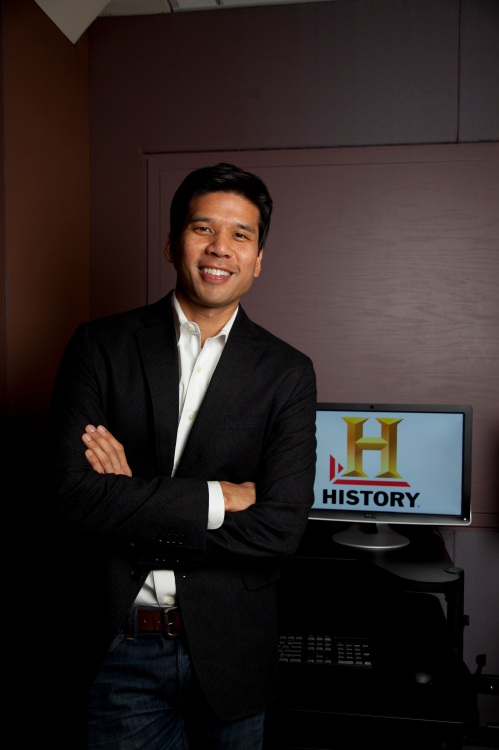 Recently, Cabana visited Manila to meet local press and promote the latest season of one of his projects. Top Shot, a reality competition show that takes aim at legendary tales of marksmanship will premiere in the country in February and Cabana was eager to share with the members of the media how a seemingly uninteresting concept turned out to be a full-blown series that is now on its fifth season.

The concept behind Top Shot, according to Cabana, emerged from a brainstorming session. It features challenges inspired by real-life events, from medieval crossbow contests to Wild West gun fights and modern-day sniper missions.

“At the bout, my programmers were pitching in their proposals, until it came to me that we should work on the concept of a reality competition, where we were to incorporate elements of previous specials that I knew viewers responded to–such as slow-motion visuals and precision shooting, coupled with the history of marksmanship,” Cabana recalls.

The proud Filipino executive producer furthers that ample of excitement and suspense that comes with of expert sharp-shooting, combined with the show’s interesting historical references, reel in the viewer from the get-go are the elements that make for a great storytelling platform. Interestingly, Cabana adds that Filipinos are always represented in the program.

“We’ve had at least one Filipino marksman every season. For sure, the exhibitions of their skills will have the Pinoy audience in close lookout for the next Top Shot,” he asserts. 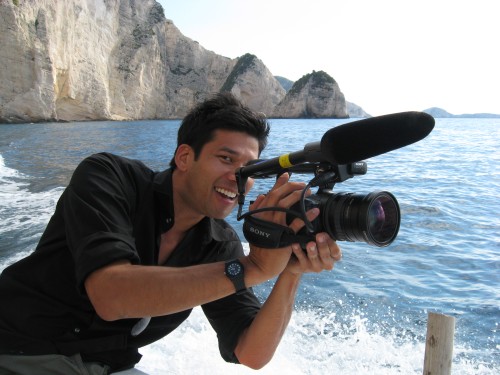 Despite the great reception it has already received, Cabana, with his strong entrepreneurial mindset, hopes to even further Top Shot’s success. On its latest season, Cabana’s team is introducing an exciting new merchandising deal for its target viewers, which is a move primarily based on the show’s market make-up.

“Studying the audience is one of the most important tasks of an executive producer,”Cabana stresses. “It’s actually the market’s response that gives me direction.” The series Life After People, for instance, was taken from a highly-successful special, which Cabana helped conceptualize based on the audience’s demands. “For Life After People, we used a limited series concept that resonated with viewers.”

Cabana’s keen eye for what would click with viewers, coupled with forward thinking and his passion for the craft, also led him to the creation of How The States Got Their Shapes, yet another high-grossing series that this time finds inspiration in book of the same name by Mark Twain.

“As I read the book, I envisioned making it a TV special,” Cabana says. “I had enough faith that the interesting facts and history of the United States of America that were unraveled in the novel would grab potential viewers in the same way it reeled me in.”

Crediting his entire production team at History for the success of the series, Cabana shares that what is unique about working at the television network is that they are empowered to work on a project from start to finish. They develop the idea, and then see it through the production cycle, and in many cases they are also able to build it into a business franchise.