Twenty-one-year-old singer Myrus Apacible, or simply known for his first name, is slowly finding his own place on the local music scene. Since he was discovered in 2008, Myrus has turned every opportunity he gets into an avenue to promote original Filipino music.

Probably not known to many, Myrus is fond of writing songs, though he does not play any musical instrument he uses his gift of melody to come up with songs with creative lyrics. And in the future, that is how he wants to be known—a singer-songwriter.

Myrus penetrated mainstream music as a cover artist in 2009 with a repackaged album that spawned a radio-friendly hit “Sayang,” a Claire dela Fuente original. Someday day the young singer would like to establish his own name as a prominent figure in the music scene plus someone who promotes the betterment of the local industry. Also, he would like to produce records for up-and-coming artists, make them sing his songs. His biggest dreams as an artist, on the other hand, are to make it big in the Philippines and around the world, and come up with a collaboration album where his music idols would sing the songs he composed and stage collaboration concerts with his music idols singing all his original compositions. He is quite a bid dreamer, indeed.

His high hope towards local music and musicians is the main reason why Myrus put up “Tunog Natin,” a campaign that aims to revive the Filipinos’ interest for local artists and their records. Part of the effort is staging a series of concerts featuring some established and up-and-coming music artists in the land.

Myrus told Standard Today that it is way of giving back to the industry. He dreams big not just for himself but for the future of OPM as well. Because he considers himself as “always been an amateur” he takes this as an inspiration to build up and promote bands and artist who have not penetrated the mainstream music.

In the third leg of the noble campaign, Myrus has come up with a lineup that features not just the established names in local music but also those who are still yet to have big breaks. The concert series, which will have its third leg on Oct 21 at Market! Market! in Taguig City will feature soul diva Jaya, folk singer and composer Noel Cabangon, seasoned band The Dawn, former Orange and Lemons front man Mcoy Fundales, alternative artist Miguel Escueta, and bands like Moonstar 88, Techy Romantics, Letter Day Story and Franco.

“I’m doing this because of my love for OPM. I grew up listening to the songs of Martin Nievera, Ogie Alcasid, Gary Valenciano, Regine Velasquez and Jaya. I listen to foreign artists but if we are to talk about influence, about musicians that touched me on a very personal level, I would have to say that I’m a solid OPM lover,” Myrus stressed.

Being a cover artist

Myrus admits the fact that entering the world of entertainment is not as easy as it seems. Getting signed up by a major record label, which would promote his album, is a tedious and long process. And his way is not to make a shortcut but to do what record labels would easily approve of and something that music consumers would easily pick up.

“It’s hard to penetrate the business if you’re going to introduce yourself to the public with an original song. We all know it’s a hit or miss. For me, recording a cover song is just a stepping stone,” Myrus said.

The young singer does not mind people remembering him for the song Sayang. He believes it is an honor to be actually recognized by the people as the one who did the male version of Claire dela Fuente’s classic hit.

As a follow up to his debut album, Myrus is currently in the works with a new record due in January. It will be a mix of pop and RnB, the genres he is more comfortable with.

“I’m coming up with a brand new album. It will have around seven or eight tracks. I wrote all of these songs. Majority of them are love songs. You see, now that there are a few people who already know me, it’s about time give them what I can really offer,” the singer gladly shared.

Myrus furthered that coming up with an all-original record is the same as gambling so he is giving his 100 percent because no one knows if it is going to be a hit or otherwise, “At least you give you’re all. You wouldn’t regret anything if something wrong happens.”

Channel surfing on a Sunday afternoon, I stumbled upon Jake Vargas singing on Party Pilipinas, the self-proclaimed concert party on local television. With his guitar, that he barely strummed, Jake sang a song originally performed by a prominent ‘90s band. Later that day, Jake was proclaimed PMPC’s Best New Male Recording Artist of 2011.

Surprised? Yes. I did not know he actually had an album. First, there is nothing special about his voice and his singing skills can be compared to any of the other singer wannabes that are being given the spotlight and center stage on the weekly show. 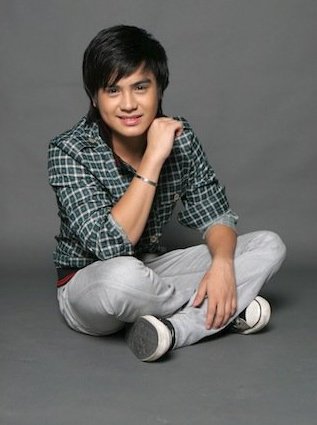 In the category, where Jhake was nominated, several virtually unknown male singers were also included as nominees. The only name with a big recall is Jovit Baldivino, whose better selling record obviously didn’t win the approval of PMPC members.

Evidently, there has been a shortage of good and intelligent singers in this country. That’s why people will always get surprised that those who can hardly sing even win awards. Jhake is a good actor. No wonder he is one of the busiest teen stars in his mother network. But a good singer? Maybe concentrating more on his acting skills will give him a more credible recognition.

Like Loading...
This entry was posted in Entertainment and tagged Jhake Vargas, Myrus, Tunog Natin concert series, WITHOUT WANG². Bookmark the permalink.