Fashion and commercial model Tweetie de Leon-Gonzales is going to be Heidi Klum’s local counterpart as she joins the third season of Project Runway Philippines.

The 44-year-old sought after brand ambassador says she is more than willing to accept the new job as it will allow her to share her years of experience as a model with the people who would be part of the premiere fashion reality series.

In an interview with the ManilaStandardToday, Tweetie revealed that she was approached by Solar Entertainment to join acclaimed designers Jojie Loren and Rajo Laurel and top model Apples Aberin, in Project Runway Philippines’ biggest season yet. 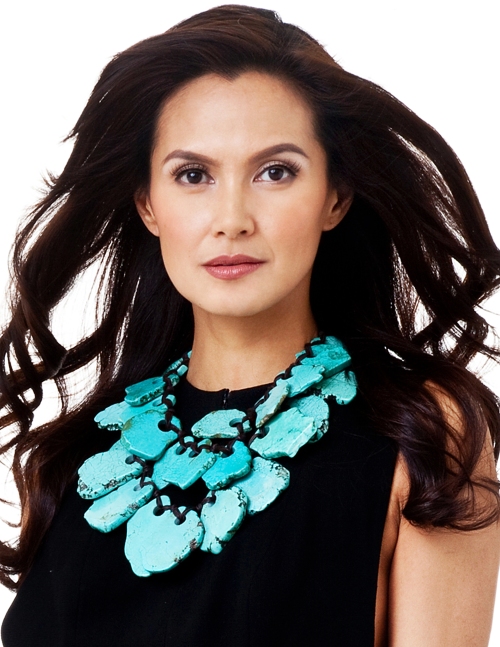 “I had to think about it for a while because as a mother, a wife and entrepreneur myself, there are necessary adjustments with regards to the schedule that needed to be fixed so when we were able to iron that out I said yes,” Tweetie shared.

In a statement released by ETC, it says that the network changed the PRP host because of several reasons. The channel is now available nationwide on free TV, which means the show can be seen by a wider audience. Also, the network wants to have a host who does not just understand the dynamics of fashion but one who is an icon of pop culture or someone who is a familiar face on TV at the very least.

Asking Tweetie for comments on how she would handle comparison between her and the previous PRP host Teresa Herrera, another model and actress, she just said that she does not dwell much on how people would react on her inclusion in the series but on what she can present to the public being a first-time host herself.

“It’s not something I’m busy worrying about. As far as I’m concerned if I were offered this job, probably my personality or my style agrees with the theme of the show. I do my assignment preparing for this new undertaking…I try to know us much as I can and see where I can improve on and see what I can sustain,” Tweetie explained.

Tweetie first made ripples in the fashion industry at a very young age when a photographer sent some photos of her to a model casting call. Realizing her potential, the call has not stopped to this date. A graduate at the University of Philippines with a degree in Philosophy, Tweetie’s first foray into television came when she appeared in the hit fantasy sitcom Okay Ka Fairy Ko as Vic Sotto’s other half.

Today, Tweetie is happily married and a proud mother of four. She devotes her time to her family and to her own business that sells fashion accessories. She is very much visible as well as product endorser to prominent brands and as cover of fashion, lifestyle and health magazines.

With her new assignment as a television host, Tweetie believes that she is capable of handling all her responsibilities. She admits that once the Project Runway starts airing in February (she will not be part of the audition process but only during the show proper) it will eat a significant amount of her time.

“I believe I’m capable of multitasking but I don’t take more than what I can chew. So this hosting job will be my only television project,” said the model who is also an advocate of fitness and healthy lifestyle.

For people who have been avid followers of Project Runway both the US and local production, they are aware how the show is being conducted. The program uses progressive elimination to reduce the initial field of 12 or more fashion designers down to three before the final challenge. Every week, each non-finale challenge requires the designers to develop one or several pieces of new clothing to be presented at a runway show. The challenges range from creative diversity to test the designers’ ingenuity while maintaining their personal design aesthetic. 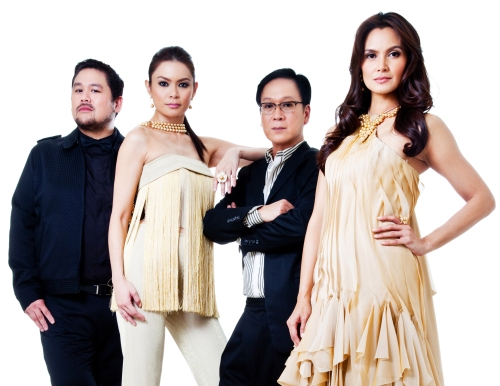 This season, Solar Entertainment collaborates with Models Association of the Philippines and Asian Institute of Fashion to make PRP Season 3 a bigger series. The network has also enlisted the service of different creative production groups to be part of the program. Award-winning French director Henri DeLorme is at the helm.

Out of 14 contestants, who will be chosen from the casting, this season’s winning designer will receive a 10-page fashion spread in Mega Magazine, work studio package, P500,000 cash, a start-up business package, a short-term design course at fashion school in Europe.