The Manila Symphony Orchestra’s reputation as one of Asia’s first orchestras has two faces, the first is its rich history having trained highly gifted musicians and the other one is its struggle to convince its corporate sponsors to put art as one of their top priorities.

This year, the MSO is celebrating its 85th anniversary and like the previous years, the officers of the excellent musical ensemble have the same plea – to get more public and private support.

Organized by as a non-stock, non-profit organization and operating without government subsidy, the orchestra depends on contributions from individuals and corporations who love fine music and who believe in the power or arts to affect social transformation and human development. 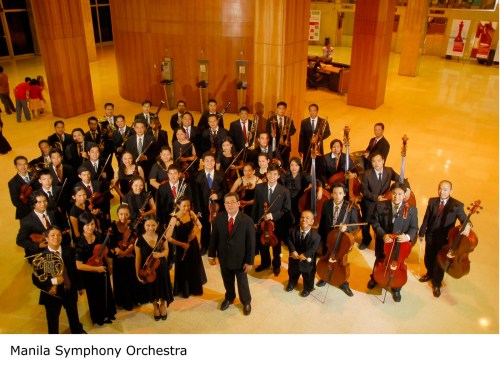 “It’s hard to raise funds for the arts. Most corporate sponsors put arts as their least priority when we talk about their CSR (corporate social responsibility). They give more priority on food, clothes, and shelter. We believe that arts must be given equal priority because without arts, our culture will not have its heart and soul,” affirms Ana Sarmiento, president of MSO.

In 1989, due to financial constraint the orchestra temporarily disbanded and it was only after 12 years that it was revived. The reinstatement was made possible by its longtime concertmaster Basilio Manalo with the members of Philippine Research for Developing Instrumental Soloist or PREDIS. Since then, the MSO became a major player in creating a vibrant cultural life in Metro Manila.

The MSO is now based at St. Scholastica’s College with a complement of over 60 highly trained musicians under the direction of Prof. Arturo Molina. A significant part of the orchestra is composed of young musicians enrolled in different colleges and conservatories that give them an opportunity to develop themselves professionally.

The MSO will open its 2011 concert season with “The Viennese Symphonic Tradition: A Gustav Mahler Centennial Celebration.” In cooperation with the Cultural Center of the Philippines, the performance will be staged on June 4 at the CCP Main Theater.

Officers of the MSO consider 2011 as a banner year for the orchestra because apart from it marks the ensemble’s 85th year, it is also opening its concert season at the CCP for the very first time since it was resuscitated 10 years ago.

The concert features a highly challenging repertoire of Mahler’s Symphony no. 5 and Franz Joseph Haydn’s Cello Concerto no. 2 in D Major.

“It’s every symphony orchestra’s dream to perform [here] at the CCP. For the past years, we’ve been having our production at the Philamlife Auditorium. So when we were invited by the CCP we were decided that we have to stage a very memorable program,” says Jeffrey Solares, MSO executive director.

“The MSO’s performance likewise pays tribute to Gustav Mahler on his 100th death anniversary. It is part of a worldwide celebration, with performances of Mahler’s works by prestigious orchestras in various countries,” Solares adds

According to Solares, Gustav Mahler was a major conductor in his day and that his symphonies are very demanding pieces as they require at least 85 musicians that is why the ensemble has invested time for the production since January.

“It’s a very challenging piece not just for the musicians but also for the listeners because the composition itself is very complex,” the executive director says.

Through this concert, the MSO joins a worldwide celebration of Gustav Mahler’s centennial. Mahler has been deemed a significant composer whose work is a bridge between the Romanticism of the 19th century and the modern compositions of the 20th century. He is known for writing long and intensely emotional works for large orchestras. He had composed nine pieces before he died in 1911.

“This year, in every major cities in the world, an orchestra is staging a concert to honor the works of Mahler,” Solares shares.

The June 4 concert will also feature cellist Wilfredo Pasamba as soloist and Prof. Arturo Molina as conductor. Pasamba is considered one of the best Filipino cellists and has mentored many of the cellists active today in the Philippine music scene. Now based in the US, this concert marks Pasamba’s return to the Manila Symphony Orchestra, of which he was one of the original members when it was reinstated in 2001.

Like Loading...
This entry was posted in Entertainment, music, News and tagged Gustav Mahler, Manila Symphony Orchestra. Bookmark the permalink.

One response to “Manila Symphony Orchestra celebrates 85 years of music”