Are Filipinos ready for a local version of ‘Big Love?’

A man with multiple wives is the central character in the American drama Big Love that airs on HBO. It follows the story of a fictional fundamentalist Mormon family that resides in Salt Lake City, Utah. Now on its final season, the main character, Bill Henrickson, makes an announcement that will startle the nation and put his whole family in the spotlight.

Just a curious thought, if there would be a local adaptation of this US series, would it be hard for local producers to choose the actor who will play Bill, who is a senator and a loving father to his nine children and three wives? That would be an easy task, the only problem would be is that MTRCB will not let this kind of show go on air on free channels as it might ruin the values if not corrupt the minds of the audience.

In case it would materialize (just another thought), the warning parental guidance would be flashed in bigger fonts as well because of the explicit content that might disorient the minors. Also it’s not only the MTRCB that would be get exasperated, pretty sure, the Catholic Church would condemn the whole idea, thus making the title above nothing more but a rhetorical question.

Nonetheless, the drama series was a big hit among the Americans amid strong opinions against it for blatantly justifying polygamy as an acceptable practice. The audience learned to love the characters that entertained them throughout the whole five seasons of satirical yet honest interpretation of a story of one man involved in multiple marriages.

Stories about polygamy are under censorship the same way homosexuality is banned on television in many parts of the world. But Big Love stood up and faced its critics, who were mostly members of the Mormon Church, and became successful in telling a groundbreaking story. 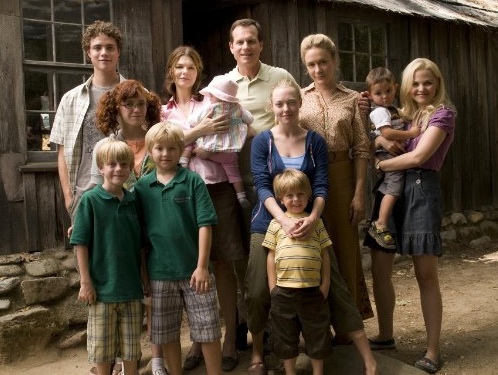 According to its creators producer and screenwriter Mark V. Olsen and playwright Will Scheffer, the five-year-old series will have a gripping ending as they want to answer all the questions the viewers have from the very start. They want them to feel that all stories are resolved on its final season.

It wasn’t an easy start for the creators of the show, they admitted. Being the first American series to touch the subject of polygamy on television, they were confronted by merciless critics. They said that they also had to convince HBO that there’s something contemporary about Big Love that can make people, who live a modern lifestyle, have a broader perspective about religion, family and relationship.

“Polygamy is not cool. It’s very conservative, closeted and throwback in the 19th century,” Mark Olsen told the Standard Today in a phone interview, “But we want to change the perception of the public about the peculiar lifestyle of polygamists. There’s a larger canvass that we wanted to demonstrate.”

Most of its avid followers find it compelling and a landmark series as it features sex scenes and of course an ample of nudity.

“Big Love is actually not a show about sex. It’s more about relationship and struggles of a family,” affirmed Will Scheffer.

He furthered that they prepared for a long time and made a lot of research to convince their audience that they are not just making up a story for television. They even set the mindset of their kids in case they would ask anything about the controversial show.

The creators added that one of initial challenges Big Love faced in the United States was the reaction of the people. Some of them were disgusted and they regarded the idea as “kind of creepy.” Also, when the series started airing in 2006 it had to face its biggest enemy—the Mormon Church.

“There was a boycott of the show because the Mormons believed that it distorted their history although they have never watched the show. But towards the later part of the series, we are talking about the last two years of the show, the church has been quiet,” Olsen related.

In an interesting turn of events, Big Love received a massive following even from those people who actually practices polygamy.

“The most moving response we got came from the people who are polygamous themselves, polygamous who are not connected to the abusive compound that exist. They are moved because they feel represented on television,” Scheffer shared.

“We could have kept making up story to last for another next two years. But we are close to achieving our objectives. We wanted to end the show the strongest way we could.”

Will Scheffer sees the final episodes as the best way to end the television journey of Big Love but declined to go further in telling what’s in store for the audience.

“We have said what we have to say about fundamentalism, about the characters and their struggles from where they began five years ago and where we brought them now. Those were our objectives apart from telling a significant story,” added Olsen.

In its final ten-episode season, new state senator Bill Henrickson shook Utah to its core by announcing on election night that he was a polygamist. Now, instead of being embraced for their honesty, the Henrickson family is engulfed by hostility from neighbors, Home Plus employees, casino partners, students at their kids’ schools and even fellow polygamists hoping to keep their personal lives private.

Like Loading...
This entry was posted in Entertainment and tagged Big Love, WITHOUT WANG². Bookmark the permalink.

One response to “Are Filipinos ready for a local version of ‘Big Love?’”