Did you know that the interpreter in the public service program Kapwa Ko, Mahal Ko (KKMK) is not actually deaf? That person you see on the lower right corner of the screen can hear and is trained to do sign language to cater to those hearing impaired people, which accounts 8.8 percent of the general population. 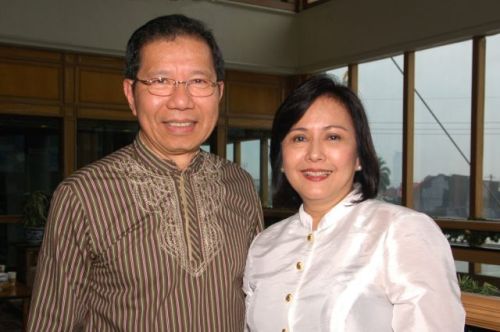 You see, the iconic sign language interpreter is a mere indication that KKMK directly and indirectly helps people from all walks of life, no matter what their situation is. This is in spite of being one of the least publicized public affairs programs nowadays.

“In most developed countries, sign language interpretation is an integral part of communication because you are addressing the need of a small but a marginalized sector of society. It’s a Kapwa Ko trade mark, it becomes limited to our show,” said KKMK host and former senator Orly Mercado.

Even when KKMK is being spoofed by gag shows, the sign language interpreter is present and “it’s not Kapwa if it’s not there,” added co-host Connie Angeles.

Mercado and Angeles became candid about their roles as instruments of the public service show and non-profit organization when members of the media interviewed them apropos the program’s 35th year on television. They went down memory lane and shared with us how the program evolved and withstood the test of time. Yes, even the silliest questions were welcomed.

“Pop culture has given Kapwa Ko, Mahal Ko a new meaning, are you aware of that?” Standard Today asked.

“Ah gay lingo, I’ve heard of it and it’s totally fine for me. I’m an equal opportunity employer. I’m proud to say when I became Secretary of Defense, I brought in my lawyers who were from Babaylan in UP (a gay and lesbian support group). I don’t care about the problem of sexual orientation. I have been an advocate of equal rights,” was the quick but witty response of the former Senator.

Mercado emphasized that he is a passionate advocate against bigotry, in all forms. He underscored the importance of equal opportunity and the real essence of public service wherein if there is a segment of the society excluded in any activity, then it all negates the purpose of Kapwa Ko, Mahal Ko.

True enough, what people need is an open mind to understand the situation of every person approaching KKMK. And if someone gives a naughty grin again when he hears the program title, which literally means ‘I am a brother’s keeper,’ just think that he has something else in mind. 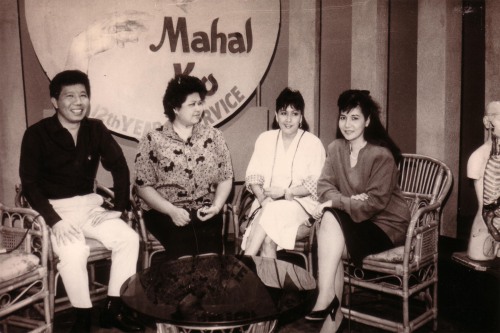 Every person, disabled or not, noticeably sick or not, Kapwa Ko, Mahal Ko does not hesitate to extend its helping hand. Reason being, as stated earlier, it will defeat the purpose of helping people. You do not need to scrutinize someone before you decide that he really needs help.

To date a total of 100,500 patients have received the assistance of KKMK, that’s when the program still had a clinic (but actually they have stopped doing running tally since then). Out of this number there are people who come up to them pretending that they needed help.

“We encounter a lot of those who just borrowed medical receipts, but we have no choice, we have to give them assistance,” admitted Mercado.

The former senator narrated a short story about a person whom he met when he was still a laborer of the city engineer’s office in Manila. That same person, who actually was his superior, once visited the set of the public service program asking for help. He was feeling ill and afflicted with tuberculosis.

“Personally I’ll never forget this case. Random people visit KKMK and you’ll never know, they might be the person who had helped you once. Giving back is a great satisfaction.”

In many instances, when doctors are not around, Orly Mercado and Connie Angeles have to play like physicians themselves. Mercado has been with the program since 1975 while Angeles started co-hosting in 1983. For so many years, they have developed a clinical eye through their hands-on experience and by reading medical books pertinent to the cases they encounter most of the time.

“This is not only paying back. I jokingly tell my friends, as to why am I doing this, that it serves as an investments for future sins,” quipped Mercado

But kidding aside, he said public service is a sort of a mechanism. Public health does not just mean clinical assistance, wherein individuals are treated for first aid; it’s about helping or treating an entire community and the entire population.

“This is where I think Kapwa comes into play. We use only the individual stories as our take off point to be able to explain to people how public service is being done,” Mercado elaborated.

Kapwa started as a clinic on air. But through the years, the patient load increased and there was a need to develop specific programs that would address common problems. In time, several organizations committed to send their resident doctors to the daily clinic to serve patients from all over the country.

Kapwa Ko, Mahal Ko was founded by Mernardo Jimenez in 1975, with Mercado and Rosa Rosal as original hosts. The pilot episode was on Dec. 1 of that year. Through the years, Boots Anson Roa, Rosemarie Gil, Toni Rose Gayda, Susan Valdez and Cielito Del Mundo joined the roster of hosts.

Apart from the show itself (which now airs once a week every Saturday morning), Kapwa Ko, Mahal Ko has extended its service. Most of its efforts are not shown on-air. The KKMK Foundation, which is under the umbrella of Kapuso Foundation, is active in disaster response providing relief to the victims of natural calamities.

The host of the longest-running public service program in the country is aware of the downside of blindingly helping people. In studies done in UP College of Health, said Mercado, during medical missions, when non-profit organizations parachute in giveaway medicines, people just accept them even if they don’t need it.

This is the same idea why KKMK clinic was shutdown. The program was just replicating what is done by public heath institutions.

“We still had to refer the patients to the hospital,” the hosts said.

Nonetheless the program still continues with its selfless involvement in taking care of people who need surgery, medical support, and monetary assistance. Mercado and Angeles are deeply thankful that amid the program’s shrinking audience, the number of generous people who continuously support their endeavors still grows.

And to further strengthen its presence, as it also celebrates its 35 years of public service, Kapwa Ko, Mahal Ko has started utilizing the internet to spread the words about its missions and activities. Apart from its website, it will soon make use of social media and social networking sites as base of its programs.

According to Mercado the current generation has its own experience and it lives in a different media environment. He underscored the importance of exploiting new technology to survive in the business.

“The more important thing is to be as effective as possible when you are in a different milieu, in a different set up. That’s the challenge at age 35. You are not old but you are also not that young,” he ended.